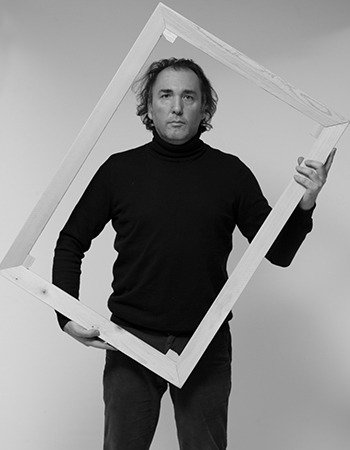 Genco Gülan is an artist and a theorist who describes all conceptual contemporary art works such as painting, sculpture, photography and video as “art of thought”. He was born in Istanbul in 1969. Gülan, who received his first award from BP in 1993, received the New School scholarship in 2000 and took part in the team that received the 2005 EMAF award. The artist, who was selected as a finalist in the 2011 Sovereign European Art Award, was awarded the 2015 Ege Art Master Artist and the 2019 New Discoveries in Sculpture, Milliyet Art Awards. He opened solo exhibitions in Istanbul, Izmir, Bodrum, Berlin, New York, Zagreb and Seoul. His works have been exhibited in important museums and institutions such as Paris Center Pompidou, ZKM Karlsruhe, Pera Istanbul, MAM Rio de Janeiro, Troya Çanakkale and La Triennale Milano. Gülan participated in Steirishes Herbst, Ars Electronica, Mediaterra, prog-me, Accente, Balkan Art, Tehran on Wheels and Bonn Biennial.

His performances and the projects he participated in were exhibited at important festivals such as İKSV Theater, Xchange PAP Tel Aviv, Wunderbar New Castle, Fringe New York, Moving Silence Athens and Accente Duisbug. The artist has lectured at Yale, SVA, Bilgi, New York Institute of Technology, Incheon and Universities of Cologne. His works have been included in the permanent collections of Rhizome.org at the New Museum, Istanbul Modern, Museum Oswald, Davis Museum, Elgiz, Baksı, MOMus Museum of Contemporary Art, Thessaloniki and Imago Mundi Luciano Benetton. His works have been taught and is currently being taught at the City University, U.C. Santa Barbara, Texas Rice and Hamburg. he artist has served on the juries of Pınar, Turgut Pura, Odea Bank and Batı Anadolu art competitions. Genco Gülan, the founder of the Web Biennial, took part in the advisory board of the Balkan Biennial and the International Program Committee of ISEA Singapore. Gülan’s public works are located in six different locations in Beşiktaş district of Istanbul, such as Arnavutköy, Ortaköy and Levent. The artist has taught at Mimar Sinan, Boğaziçi and Yeditepe Universities. He currently lives and works in Istanbul and Izmir. 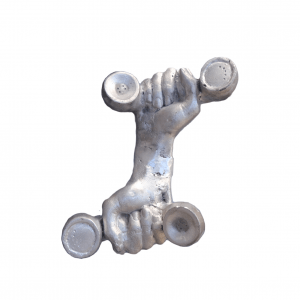 This work includes a certificate of authenticity.